Solar For All: Driving Energy Equity with Community Solar

A recent report from Bloomberg heralded a bold new milestone in the global transition to renewable energy: one trillion watts of installed solar and wind capacity worldwide.

The same report estimated that the next terawatt of renewable energy will arrive within the next five years and cost 46 percent less than the first. With costs of renewable resources already beating out fossil fuels in many areas of the world, and with new energy storage technologies allowing renewables to meet ever more of our energy needs, a renewable future appears inevitable.

There’s just one problem. Though renewables are an improvement over energy systems of the past, which have left many communities breathing the polluted air of power plants whose energy they can’t afford, clean energy isn’t serving all Americans equitably. Perhaps the starkest example of this is the rooftop solar market, which excludes approximately four out of every five American households.

Factors as varied as homeownership status, rooftop shading, and the panels’ upfront cost contribute to this division, but the end result is that the households that need energy bill savings the most are currently the least likely to get them. And without the voices of these 90 million American households, the sustainable energy revolution will continue to miss out on its true potential.

Fortunately, rooftop solar is not the only option for American households looking to go solar in 2018. Community solar allows households to enroll in a centralized, shared solar farm in their area and see savings on their electric bill. Unlike rooftop solar, this model allows people to participate in solar without paying any upfront costs or making any changes to their property, opening access for renters and low-to-moderate-income communities.

Solstice is driven by the conviction that Americans will participate in renewable energy if it’s affordable and easy for them to do so. Given the substantial opportunity that community solar represents in expanding the solar market and putting more projects in the ground (with suitable policy frameworks, community solar in 2030 could exceed all US solar installed through the end of 2017), we’ve made it our mission to do just that.

Our Mission: Affordable Solar for Every American Household

Sandhya Murali, Steve Moilanen, and I founded Solstice in 2014 with a single purpose in mind: to make solar available to every American household, regardless of their rooftop, income, or credit score.

And we saw that although community solar represented a significant step towards solar accessibility, today’s community solar landscape still has barriers that prevent many Americans from participating.

Chief among these obstacles are the contract and qualification requirements that many solar developers and financiers impose on their customers. Most community solar developers require their customers to sign contracts of 20 or more years (a common project lifetime) and pay punitive cancellation fees, limiting renters’ ability to participate. We’re pushing back on these norms by offering 1-year contracts with no cancellation fees to residents around New York state.

Similarly, typical FICO credit score requirements for the entire solar industry fall in the 680-700 range, leaving more than half of Americans in the dark. So, in partnership with the Department of Energy, we’ve built our own qualification metric, the EnergyScore, which is both more accurate than FICO in predicting future utility payment behavior and more inclusive of low-to-moderate income households.

Equal in importance to these structural solutions is the real, on-the-ground work to get underserved households enrolled in solar. The solar industry today uses antiquated, stranger-to-stranger methods to drive enrollments. Yet research from Yale University has shown that the primary reason that a person ‘goes solar’ is because a friend or neighbor did. In other words, solar is contagious. We use this knowledge to carry out inclusive community solar campaigns, working directly with trusted community organizations to make it easy for households to sign up for solar.

We will never mitigate climate change and protect our planet until we democratize access to clean energy. The next five years will be a decisive time for renewable energy, in America and around the world. As community solar ramps up, it is imperative that industry leaders use this opportunity to drive solar access to communities that have so far been locked out of sustainable energy. 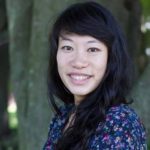 Steph Speirs is the co-founder and CEO of Solstice, a social enterprise connecting Americans to community shared solar power. She previously led sales and marketing innovation initiatives at d.light India; spearheaded Acumen’s renewable energy sector investment strategy in Pakistan; developed Middle East policy as the youngest director at the White House National Security Council; and managed field operations in seven states for the first Obama presidential campaign. She has been selected as an a Echoing Green Climate Fellow, a Global Good Fund Fellow, a Grist 50 Fixer, a Kia Revisionary, Renewable Energy World’s 40 Under 40 in Solar, and an Acumen Global Fellow.