June 8th marks World Oceans Day, finally designated by the UN in 2010 to recognize the needs and contributions of 70% of the planet. As is the tradition in Washington DC, Capitol Hill Oceans Week follows. On June 16-17, Secretary John Kerry, a long time ocean advocate, is hosting a multinational meeting to focus on ways to improve the human relationship to the ocean (and in turn, the creatures within).

Nowhere can we see more clearly the effects of the multiple stressors of a changing planet than in the shifting currents, changing chemistry, and warming waters of our global ocean. Ocean acidification (OA) is the term we have given to the changing chemistry. So what does it mean and how does it happen?

Scientifically speaking, awareness began with the first clear statement that carbon dioxide (CO₂) accumulation in the sea could have “possible catastrophic biological consequences” in a 1974 Nature article. Between 1974 and 1980, numerous studies began to document actual changes in ocean alkalinity, and that evidence grew.

CO2 is the primary heat trapping gas in Earth’s atmosphere and is a key driver of global climate change. The ocean helps slow the pace of global climate change by absorbing CO₂ from the atmosphere and storing it as carbon. Carbon is stored in every component of the oceans—deep ocean, seagrass meadows, saltwater marshes, and mangrove forests. As NOAA defines OA, “When carbon dioxide (CO₂) is absorbed by seawater, chemical reactions occur that reduce seawater pH, carbonate ion concentration, and saturation states of biologically important calcium carbonate minerals.”

The smallest of zooplankton, corals, shellfish, lobsters, and other invertebrates depend on those calcium carbonate minerals to form their shells and exoskeletons. Likewise, a whole host of ocean plants and animals depend on a fairly narrow pH range to thrive.

In early 2005, then head of the Scripps Institution of Oceanography Dr. Charles Kennel briefed marine conservation funders about OA at our annual meeting in Monterey. And yes, most of us had to be reminded of how the pH scale works, despite dim recollections of using litmus paper to test liquids in middle school science class. So, the pH scale is from 0 to 14, with 7 being neutral. The lower the pH, means lower alkalinity, or more acidity.

We also learned three important points that continue to inform our collective thinking about what can be done:

1. The more acidic the ocean, the less oxygen production it supports—a problem for the survival of those of us who like to breathe.
2. Ocean chemistry is wildly variable—seasonally, geographically, and temporally, requiring increased monitoring capacity around the world to anticipate its effects, especially for emerging nations
3. There are good opportunities to help affected communities respond in ways that slow economic harm and address multiple environmental problems at once (I like those best, myself).

So, what can we do besides learning to inhale CO2 and exhale oxygen? Fortunately, all of us can help our coastal communities and organizations. It depends on local conditions and on local social and economic context but we can choose to address:

1. The root cause of the problem: Support action to reduce locally produced CO2 and other emissions.
2. Co-occurring stressors that exacerbate OA: Reduce watershed pollution and runoff of carbon, nitrogen, and acidifying wastes.
3. The resilience of coastal ecosystems: Protect and restore sea grass meadows, mangroves (or kelps) and other aquatic vegetation; maintain functional food webs; and reduce biological invasion.
4. The need for local monitoring capacity everywhere—e.g. in the upper NW where monitoring allows shellfish farmers to shutdown seawater intakes and substitute water sources when acidity spikes.
5. Education and Outreach to promote behavioral changes to reduce local impacts and preserve local systems and resources of value.

Half the world’s population lives within 50 miles of the coast. As we celebrate our ocean, we must also recognize our responsibility to be good stewards of this resource on which we depend for food, air, and a host of other services. 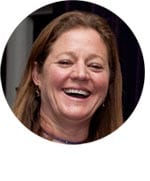