Reposted from the Media Impact Funders blog. AMAZE is a project supported by Rachel’s Network Members Janet Miller at the WestWind Foundation and Victoria Sant at the Summit Foundation.

“No parent wants to talk to their kids about sex,” said John Oliver on an episode of HBO’s Last Week Tonight, “and no kid wants to talk about sex with their parents. That’s why when you’re watching a movie together, and there’s a sex scene, everyone becomes motionless and silently begs for the merciful release of death.”

It’s funny because it’s true. Parents aren’t exactly clamoring to explain the birds and the bees to their kids. But they do see how important it is to do so. In the US, more than 93 percent of parents—Republicans and Democrats—support comprehensive sex education in school.

The problem is that school isn’t the most reliable solution. Some schools provide comprehensive sex education, some provide only a few hours of sex education throughout middle and high school, and some schools do not provide any sex education at all. Currently, only 24 states and Washington, DC, mandate some form of sex education, and only 13 of those require that the information presented be medically accurate. Pressed by budget cuts and political agendas, educators are often woefully unprepared to begin teaching about sexuality.

On top of that, despite the fact that abstinence-based sex education is ineffective at preventing pregnancy and the spread of sexually transmitted infections (STIs), 26 state programs require that information on abstinence be stressed. According to research by the Guttmacher Institute, which supports reproductive rights, 40 percent of young women and 45 percent of young men reported receiving no formal instruction on contraception.

Evaluations of comprehensive sex education programs show that they can help youth to delay the onset of sexual activity, reduce the frequency of sexual activity, reduce the number of sexual partners, and increase condom and contraceptive use. Importantly, the evidence shows that youth who receive comprehensive sex education are not more likely to become sexually active, increase sexual activity, or experience negative sexual health outcomes. Effective programs exist for youth from a variety of racial, cultural, and socioeconomic backgrounds. Researchers studied the National Survey of Family Growth to determine the impact of sexuality education on the sexual behaviors of youth (ages 15-19), and also found that teens who received comprehensive sex education were 50 percent less likely to experience pregnancy than those who received abstinence-only education.

Despite this research, education is still breaking down at the hands of politics. At the WestWind Foundation—which works to promote the health of human communities through our work in both reproductive health and rights and in protecting the environment—we’re working on solutions to fill those gaps.

Since late 2016, the foundation has been collaborating with national sex education experts Advocates for Youth, Answer, and Youth Tech Health in creating an online space called AMAZE. The goal of this initiative is for youth in late elementary and middle school to learn about puberty, body image, healthy relationships and sexual health.

AMAZE is blazing a trail by harnessing the power of digital media to provide children, young adolescents, their parents, and educators with medically accurate, affirming, and honest sexual health and peer relationship information that can be accessed anytime, anywhere—regardless of where they live or what school they attend.

According to the latest research, the most effective strategy for engaging young people online with sexual health information is to meet them where they are. YouTube has become one of the most popular sites for teens, and by developing content for this platform, AMAZE aims to cut through the clutter of inaccurate, incomplete or simply out-of-touch online content.

The AMAZE videos provide the answers young people want and need in an age-appropriate and relatable format. In the Internet age, there is plenty of information at a younger person’s fingertips—some good, some horrifying and much that is pornographic. AMAZE aims to promote healthy attitudes, knowledge and behaviors needed to navigate the critical transition between childhood and early adolescence. In less than a year of production, we already have 2.7 million views.

AMAZE is designed to supplement traditional sex education, not replace it. Our goal is to provide a beneficial resource for educators looking to bolster their current in-class curriculum. As Brad Troeger, an educator in the Midwest explains, “I use these videos as supplemental media in a flipped classroom. I now view my role more as a manager of the material rather than a teacher of it. It’s a resource I wish I had 30 years ago, when I began working as a sexuality educator.”

Numerous organizations are interested in leveraging technology to reach young people with sexual health information, but few have done so effectively. Research published in the Journal of Health Communication found that, among 14 sexuality education websites for adolescents, the majority of content was focused on pregnancy and STD/ HIV prevention with little content addressing gender, sexual rights, sexual diversity or sexual violence. Further, most sites examined for the study were either explicitly or implicitly aimed at a heterosexual female audience and their reading levels were often above 9th-grade level. At AMAZE, our audience is often 60 percent male and our most popular video is a guide to male puberty.

Given the rapidly expanding access to the Internet and social media in lower- and middle-income countries, there is potential to achieve significant coverage with media programs that help normalize sexuality education. While media has not been a direct focus of the foundation, it has become clear how important the presence of media is in the work of most of our grantees and particularly with the AMAZE project.

Around the world, there is potential to achieve significant coverage with media programs that reinforce positive messages. Such programs could even challenge traditional gender roles and have the potential to offer any parent or teacher additional on-demand information. Much like in the United States, if not more so, very young adolescents in developing countries face barriers to accurate, age-appropriate, and self-affirming information about sexuality.

Given high-level commitments to sexuality education in regions such as Latin America and the Caribbean and East and Southern Africa, the availability of such a resource holds great potential to complement efforts already under way. AMAZE is working through international partnerships with groups that include International Planned Parenthood and Marie Stopes. Websites, followed by YouTube channels, will soon launch in South Africa and Mexico. Several counties have indicated a desire to include culturally adapted versions of AMAZE in their official curriculums.

In the same that way AMAZE reduces the barriers to factual information for youth and their parents, we at WestWind also support high-quality evidence-based news, analysis, commentary, and investigative reporting through our grants to Rewire, Population Media Center, and PCI Media Impact. We believe that it is crucial to support the production and distribution of accurate information in this age of misinformation. 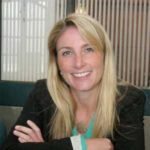 Kristi Mahoney is Program Officer at the WestWind Foundation.