How Using Antibiotics in Agriculture Fuels Resistance Beyond the Farm

This month, PBS NewsHour covered one of the most pressing health issues that we face today: antibiotic resistance.

Every credible medical and health organization, including the American Medical Association, the US Centers for Disease Control and Prevention (CDC), and the World Health Organization, has said if we don’t significantly reduce antibiotic use in people and livestock, we will soon live in a world where these drugs no longer work!

Imagine it: without antibiotics, a bladder infection could go from a painful annoyance to a deadly blood infection; a scraped knee could open the door for an untreatable heart infection; and patients undergoing chemotherapy could lose their chance for survival – not because of the cancer – but because they pick up an untreatable E. coli infection while their defenses are down. We are on the brink of living in a world where this is the new norm, but for some the battle has already been lost.

According to a very conservative estimate by the CDC, each year antibiotic-resistant bacteria account for at least two million serious infections, 23,000 deaths, and $20-35 billion in healthcare costs in the US alone.

And if we don’t make serious efforts to reduce antibiotic use worldwide, by the year 2050 more people will die globally from antibiotic-resistant infections than cancer — some 10 million people every year.

In 2015, President Obama launched the National Action Plan for Combating Antibiotic-Resistant Bacteria (CARB), which aims to help doctors, hospitals and patients to cut back on antibiotic overuse.

Unfortunately, the plan was much weaker on calling for reductions in antibiotic use in animal agriculture, where 70 percent of all antibiotics sold in the US are intended for use.

Much of this use is to make food animals grow faster or to compensate for overcrowded and dirty living conditions. This breeds drug-resistant bacteria, or superbugs, that can end up in our air and water, in our meat and poultry and, ultimately, in us.

In January 2017, using antibiotics solely for promoting growth in livestock became illegal in the US. This is a good step, but growth promotion use accounts for no more than 10 percent to 15 percent of all antibiotic sold for use in animals.

Furthermore, many of the same antibiotics sold for use as growth promoters are also FDA-approved and labeled for the purpose of disease prevention, including at dosage levels and durations that are similar to or the same as those previously approved for growth promotion. This means that mass administration of medically important antibiotics for long periods will likely continue.

While the Obama administration took some welcome first steps, it is unclear what the new administration will do to fight antibiotic resistance. So far it has been relatively silent on the issue, though the CARB initiative is still staffed and work continues. Its success depends on funding from Congress. Without it, CARB becomes an unfunded mandate.

On a more positive note, the marketplace is taking a leadership role. Large meat and poultry producers and buyers (Perdue, Tyson Foods, McDonald’s, and Chick-fil-A, to name a few) have announced commitments to reduce antibiotic use.

However, almost every announcement made so far has centered on reducing antibiotic use in chickens. There are more than 375 million other food animals raised in the US each year — many of which are given antibiotics daily for much of their lives.

Farmers, veterinarians, and public health researchers must work together to reduce unnecessary antibiotic use in all animal sectors. Animals must be raised in a way that promotes their health and where antibiotics are used to treat disease rather than being used to compensate for inadequate husbandry.

Just as important, consumers must call for even more change in the marketplace and vote with their wallets by purchasing only from companies that are transparent regarding antibiotic use.

And if the change doesn’t happen fast enough, we must continue to urge policymakers to step in with new rules that will ultimately protect public health by reducing the unnecessary use of antibiotics in human medicine and food animal production. We must act quickly as time is running out for preserving the efficacy of our life-saving antibiotics. 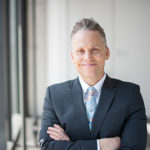 Lance B. Price, Ph.D., is a microbiologist and the director of the Antibiotic Resistance Action Center at the Milken Institute School of Public Health at the George Washington University in Washington, DC. Lance was featured in our “Stopping Superbugs” partner series with Paul Solman for the PBS NewsHour.