I’ve just signed the pledge to leave my car in the driveway on September 22.  Have you?  Maybe you’ve not heard of the annual World Car Free Day. Now 20 years old, its multi-purpose mission is to raise awareness about alternative transportation methods; reduce traffic congestion and fossil fuel usage; and improve air quality.

These are all important and necessary goals, but I think Car Free Day can do even more for those of us ready to aspire to loftier goals. Taking a car-free pledge offers an opportunity for us to consider not only how and when we use our automobiles, but also how we can reduce greenhouse gas emissions and curb climate change on a much larger scale.

Recent news reports spur me to action. This week the World Meteorological Organization announced that the rate of greenhouse gas emissions has reached a historic high and that 2013’s contribution was twice that of years past. And the leaked draft of the next IPCC report, scheduled to come out in late 2014, states that “continued emission of greenhouse gases will cause further warming and long-lasting changes in all components of the climate system, increasing the likelihood of severe, pervasive and irreversible impacts for people and ecosystems.”  This is scary.

Is riding my bicycle and taking public transportation more often going to make a difference given the specter of these predictions? Even if I gave up using my car 365 days a year, it wouldn’t make a dent, especially considering that my mileage is significantly less than the American average of 12,000 miles/year, and that I drive a Prius which uses about half the amount of gas as the average road vehicle.

I – dare I say ‘we?’ – must do a lot more in order to have a real impact. As I prepare to attend the September 21st People’s Climate March in New York City, projected to be the largest and most diverse mobilization to address climate change ever, I consider how I can best help reduce greenhouse gas emissions. So in addition to signing up for Car Free Day, I take two additional pledges:

My first pledge is to fight for a national carbon fee and dividend policy that would increase the cost of products and services that rely on gas, oil, coal, etc. This market-based approach will stimulate the renewable energy industry. And the revenue generated from the charge will be returned to each American on an equal basis, helping offset higher costs of items and services that continue to rely on fossil fuels for their production or operation.

My second pledge is to support the divest-invest movement, a campaign to reduce the amount of private investment in the fossil fuel industry and to channel financing into renewable energy and other solutions that reduce greenhouse gas emissions. This strategy also acts as a hedge against predicted declines in the value of fossil fuel assets when companies realize that they cannot extract reserves without irreparably destroying our climate and ecosystem. Divestment is an antidote to the power that fossil fuel companies have to influence elections, political decision-making and the granting of subsidies.

So on September 22, I make more than the Car Free Day pledge. But even if we only choose to leave our cars in the driveway for one extra day, we’ll have taken the first step.  And in our own small way we’ll have also reduced traffic congestion, considered alternative means of transport, and maybe even gotten a bit more exercise by walking or biking. That’s icing on the carbon-free cake. 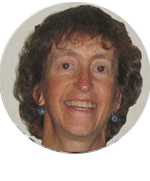 Rachel’s Network Member Abigail Rome is an independent consultant with over 20 years of international experience in the fields of biodiversity conservation, environmental planning and management, ecotourism, and sustainable tourism. She organizes and leads trips to natural areas around the world, with a special focus on Latin America.