Fixing Climate Education in the US

The United States is widely recognized as a world leader in climate change research. US academic and government research scientists are responsible for much of the data documenting climate change, and for establishing the link between human activities and global warming.

Given its leading role in climate science, one would assume that the US population is among the most scientifically informed and knowledgeable in many aspects of climate change. In fact, the opposite is true. A 2014 Global Trends Survey of 20 countries revealed that the US ranked last in the percentage of the population that attributed climate change to human activity (only a third of US adults believe that humans are the primary cause).

Although there are many reasons for the disconnect between climate science and the average American, the bottom line is that accurate and timely scientific information regarding climate change is not reaching the general public. As a result, confusion, misinformation and pseudo-science are widespread.

An informative and important example of this disconnect is a recent publication “Climate confusion among U.S. teachers” in the journal Science. The authors (E. Plutzer, et. al.) surveyed about 5000 teachers that were carefully selected to be representative of middle and high school science teachers in all 50 states.

The study revealed that although most teachers include at least some discussion of climate change, their limited and insufficient knowledge of the relevant science can “hinder effective teaching.”

Perhaps as a result of this lack of knowledge, the median teacher devotes only 1-2 hours to climate change in their lesson plans.

Furthermore, many teachers repeat unsupported pseudo-science which students can erroneously assume are scientific facts. The survey found that 30 percent of science teachers emphasize that recent global warming is “likely due to natural causes,” even though more than 97 percent of active climate scientists attribute global warming to human activities.

A similar number of teachers (31 percent) present students with contradictory messages, for example telling students that a scientific consensus exists on anthropogenic climate change, and also that many scientists believe that global warming is due to natural causes.

Why the apparent discrepancy in what some teachers believe and what they teach? Misinformation and limited knowledge play a role. Most teachers seem to be unaware of the extent of scientific agreement regarding anthropogenic climate change. This is critical as scientific consensus is a “gateway belief” where awareness of the scientific consensus increases belief that climate change is happening, human-caused and that it needs to be addressed.

Insufficient scientific knowledge coupled with being unaware of the extent of scientific consensus can lead to a lack confidence in teaching. This can explain to some degree why some teachers are ineffective at teaching climate change,

In the survey, personal values (political and/or religious beliefs, attitude towards government, etc.) were found to interfere with effective teaching. The authors found that a question designed to measure a teacher’s political ideology “was a more powerful predictor of teachers’ classroom approach than any measure of education or content knowledge.”

The inclusion of personal values by some teachers is perhaps to be expected, as science teachers are fundamentally teachers – they are not scientists and have not been trained as scientists. In sharp contrast to teachers, scientists are trained to be impartial and base their findings and conclusions on the data; personal values are not part of the scientific method.

The significance of this conclusion is that efforts aimed solely at improving the scientific expertise of teachers may not result in improved and more accurate teaching of climate change. One can only speculate how personal values affect the teaching of history, civics and other politically sensitive subjects at all levels of education.

A majority of the teachers surveyed (two thirds) are interested in continuing education focused on climate change. This is a unique opportunity for private and government funding, as schoolteachers are a trusted segment of the population and are generally good communicators. Middle and high school are critical periods in the development of independent thought and beliefs.

Teachers also have a unique opportunity to frame climate change as a challenge, and to inspire and motivate the next generation of scientists, engineers and leaders. Supplementary instruction should not only focus on bringing teachers up to date on the science-basis of climate change and improve relevant communications techniques, but it should also address the important issue of how values can interfere with effective teaching.

It is interesting to note, however, that acceptance of climate change may result not only from more scientific data and more effective communication. Recent studies indicate that exposure to changes in local weather patterns and to increasing extreme weather events (flooding, hurricanes, etc.), either through personal experience or through the news media, may have the greatest impact on the general public. If this trend continues, the best teacher and communicator of climate change is likely to be Mother Nature. 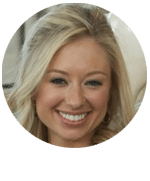 Elena Marszalek is the managing director of Del Mar Global Trust, a private foundation with a focus on the environment. She spearheaded their previous “This Is Climate Change” project, that placed photograph displays in airports to increase public awareness of the real life and personal consequences of climate change. Elena is also a trustee of the Bay Branch Foundation, and a trustee of the Mary Lea Johnson Richards Charitable Trust, both of which support health and arts programs in their respective communities.