The Climate Change Threat to Global and National Security

According to NASA, 2016 was the hottest year on record. This followed other record-breaking years in 2014 and 2015, and now 2017 is on pace to exceed them all. We’re in completely new territory and understanding how climate change will affect the livelihoods and security of eight billion people is a major concern.

In 2007, CNA Corporation brought together a dozen distinguished, retired three- and four-star generals and admirals–warfighters steeped in security–to study the projected impact of climate change. In 2007, this Military Advisory Board (MAB) published its findings. Among them:

Seven years later, the MAB gathered again. Despite state, national and international progress in climate mitigation and adaptation, members saw mounting evidence of climate-induced consequences and a troubling lack of urgency to act.

Five years of drought in Syria had caused massive internal displacement, resulting in civil war, thousands of dead, and millions forced into migration as refugees. In the Pacific, rising seas were forcing residents to leave their low-lying island homes. Commercial and cruise ships suddenly could make routine transit through the treacherous waters of the melting Arctic.

In 2014, the MAB reconvened to publish its updated findings:

Even though the impacts of climate change are more apparent in some world regions than others, the MAB cautioned that construing this as a regional issue or—worse—someone else’s problem will limit our ability to fully understand the consequences and cascading global effects.

While climate change often appears dire, it does present opportunities for leadership. By proactively addressing these risks, the US can strengthen and broaden alliances from the Asia-Pacific to Europe, and in doing so, compete more successfully with our adversaries for influence. Failure to act will compound risks to existing and future US national security objectives. 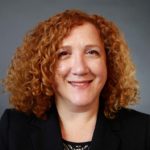 Cheryl Rosenblum is the executive director of the CNA Military Advisory Board, a dynamic group of 3- and 4-star admirals and generals from across the Military Services who examine climate change, energy, water, and food security and linkages to our national and global security.