An environmental turning point has occurred in the United States: Shell pulled out of the Arctic, President Obama stopped the Keystone XL pipeline, and Hillary Clinton announced her opposition to the Trans Pacific Partnership.

Why has this turning point occurred? People forced it.

Hundreds of thousands of people demonstrated in the streets of New York against climate change, over a thousand people got arrested in front of the White House to protest the Keystone XL pipeline, and hundreds of thousands are supporting an alternative candidate in the US presidential race.

Similar actions take place outside the US everyday, but with much less funding. Community groups protest dams, mines, and oil and gas development. They also promote alternative energy, clean water and sustainable agriculture.

The organization I lead, Global Greengrants Fund, helps people take action to create change in communities around the world. Our financial support to people at the grassroots level catalyzes and inspires movements, and movements ignite larger-scale changes for environmental and social justice. Over the last 20 years, we’ve given over $50 million in grants to thousands of individuals and groups in 165 countries.

Right now, we are supporting indigenous people, youth and women from areas of the world most affected by climate change to raise their voices in Paris at the 21st Conference of Parties—or COP 21.

The official Conference of Parties meetings generally don’t include the marginalized voices our organization funds. That’s why I expect to see the real momentum to address climate change coming from people taking action in Paris and around the globe. Given that public demonstrations in Paris have been canceled due to security concerns, I’m looking to the other events in Paris, marches and demonstrations around the planet—the “Global Climate March”—to provide the inspiration for action.

Because grassroots action stimulates movements, it’s there that Global Greengrants Fund focuses its attention. In the lead-up to COP 21, we have provided small grants to do just that. Here are two recent examples of how we are working with funders and civil society groups to help create a drumbeat for change:

* In 2014 and 2015, with the support of the Oak Foundation and other funders, we partnered with 350.org to provide grants and assistance to international youth groups that are working to fight and address the impacts of climate change in their communities. We’ve made grants on four continents, put together a series of videos, and will have a contingent of frontline youth leaders in Paris. After Paris, we’ll make sure these young people have the tools and resources needed to take the movement beyond Paris and back into their communities. Climate change is imperiling our youth, and so we are empowering our youth to fight it.

* In 2014, we combined efforts with the International Network of Women’s Funds and the Global Funders Alliance for Social Environmental Action to organize the first ever Summit on Women and Climate in Bali. Our Summit allowed funders and grassroots women leaders to share strategies, address challenges such as criminalization and violence against women activists, and strategize ways to support women’s climate solutions.

The Summit garnered over a dozen international media reports and informed the publication of “Climate Justice and Women’s Rights: A Guide to Supporting Grassroots Action.” It also helped launch efforts aimed at COP 21, including bringing internationally known climate activist, Greengrants Fund grantee, and Goldman Environmental Prize winner, “Mama” Aleta Baun, to Paris. It is essential for the women’s and environmental rights movements to work together.

Are you going to COP 21? Join us to raise awareness in Paris and beyond! We will be holding funders’ briefings and other events throughout the 10 days including:

If you’re not going to Paris, I highly recommend participating in the Global Climate March on Nov. 29th so that we can show international solidarity to the changemakers at COP 21.

At COP 21 and beyond, the world needs to take action. It can happen. We’ve seen it, and it needs to happen on a much bigger scale. Decision-makers will follow when the people lead. 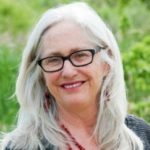