Changing the Definition of Work

Work noun \ˈwərk\: a job or activity that you do regularly especially in order to earn money.

I don’t particularly like this conventional Merriam-Webster definition of work; it evokes imagery of punching the time clock, doing a repetitive job, and collecting a paycheck. It doesn’t highlight passion, imagination, collaboration, or the satisfaction one can feel when work goes beyond somewhere we go and instead becomes what we do: paid or unpaid.

For women in particular, work is not black and white. My husband and I were out with some friends recently and when someone asked one of the men what his wife did; he replied: “She’s just a mom.”

My wine nearly fell out of my mouth and onto his shirt but I wasn’t sure whether to laugh or give him the evil eye. Yes, it’s true that she had opted out of the incredibly stressful partner track at her former tech firm to raise their three kids but she’s not exactly lounging at the pool and eating bon bons.

This woman is a leader at their school and uses her skillset on nonprofit boards; she does all the behind-the-scenes work that makes their household run smoothly and she’s an incredible wife, mother, and friend. Her husband quickly realized his blunder and praised her as the best CEO his family could ask for.

But that moment raised an interesting question: when work isn’t tied to a title, how does society measure it? Can we find a new definition that includes shades of grey as our work evolves over the course of our lives? Can we include a definition of work that encompasses our philanthropy and volunteerism, our civic responsibilities, and the maintenance of important relationships?

Just as Sheryl Sandberg was encouraging us to Lean In and highly accomplished friends of mine were opting-out, I was faced with my own career conundrum.

I was at Bain & Company in the mid-2000s. I loved working there and they’re incredibly flexible and generous to their female consultants, but even at a 60 percent schedule, my work-life balance was way out of whack. I was waking up through the night with our new baby and spending all day in front of my computer building Power Point slides with no end in sight. There had to be another way.

I left Bain when our first daughter was one and reconnected with a Harvard Business School classmate who hired me as an independent strategic consultant to build a business plan for KIPP Colorado, a charter school that wanted to grow from one school to a network of eight in Denver. Do the work I love but have a true beginning, middle and end, and do it on my own time? Win. Win. Win.

Six months later, a friend was on maternity leave from her law firm and couldn’t imagine going back to a hectic workplace with a new baby at home. We started brainstorming about how great it would be if a company existed where women could truly chart their own career path.

During this brainstorm we envisioned a company that would connect women’s skill sets with clients who needed them, run their back office, and allow women to focus on building their consulting practice, not pound the pavement for clients or stay up late to catch up on invoices, contracts, and tax forms.

Thus Canopy Advisory Group was born. We incorporated on my second daughter’s due date, but I wasn’t stressed. This was a new type of work, where passion meets a business need and where we were our own bosses.

Whether it is paid or unpaid, done in an office, at home, or sitting on a plane as you travel across the country for a board meeting, I am changing the definition of work from a noun to a verb:

Work VERB \ˈwərk\: To find fulfillment, not in the pursuit of happiness but in the execution of one’s passion. 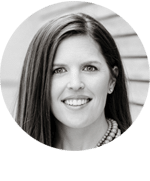 Brooke Borgen is co-president of Canopy Advisory Group. Canopy helps professionals across law, strategy, marketing, and finance become successful independent consultants to serve businesses and nonprofits on a project or part-time basis. Canopy has 35 consultants in Denver and launched in Seattle in October 2015. Brooke earned her BA from Stanford University and an MBA from Harvard Business School.