Standing with Elephants by Diane Brinkmann

Through my travels across Africa over the last decade, I’ve come to deeply appreciate and love elephants. I want my money to go towards supporting those who are working on a multi-action approach against poaching.

Last August I was looking for an African safari camp where my tourist dollars would help elephants. Taking the advice of some close friends, I decided to go to Kenya and spend six days at a camp in the Samburu National Reserve in Kenya with Elephant Watch, run by Save the Elephants.

Iian Douglas-Hamilton and camp manager Oria Douglas-Hamilton have spent over 30 years in the Samburu Reserve researching and studying different elephant herds or families. Iain, a well-known elephant researcher, collects data on different elephant families and their migration routes. This information is then used in part for anti-poaching efforts. The camp employs only local Samburu people and is built to fit into the Samburu way of life without leaving a heavy footprint on the environment.

While I was in the safari truck I got close enough to touch one female elephant while she was feeding on a tree. I didn’t touch her, of course; it’s important to respect their space and my guide had a long history with this female. But it was extraordinary to sit in silence with her. At one point, she even closed her eyes and took a catnap! I realized how hard elephants must work to sustain their mass.

Every day I was given the opportunity to spend as many hours as I wanted watching elephant families and other wildlife. The world seemed to slow down. I picnicked by the river while an elephant family came down to drink water, play, and greet other elephant families. The best part was watching babies rolling in the mud.

Sadly, the illegal ivory trade is exploding. At least 33,000 elephants are killed each year for their ivory. China is the top consumer of ivory with the United States coming in second. Unless these countries take action to end the demand for ivory, the wild African elephant could disappear in a generation.

Hillary Clinton has called the illegal wildlife trade a national security, public health, and economic issue. Because these activities are often tied to organized crime, poaching has global impacts. Save the Elephants, the International Fund for Animal Welfare (IFAW), and the coalition 96 Elephants are just a few organizations working to stop elephant poaching.

Elephants are teachers and subtle, sophisticated communicators. They are wonderful parents who take care of their families. The more time I spend observing them, the greater insight I have into myself as a human being. We simply can’t let this magnificent species disappear. 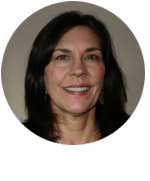 Diane Brinkmann has been involved in wildlife-related philanthropy for the past decade. She has worked with the Southern Plains Land Trust to restore habitat for prairie wildlife and volunteered with Greenwood Wildlife Rehabilitation Center in Colorado. She serves on the board of Project Vets.