Adapted from Tom Martin’s article for the American Forest Foundation

Family forest owners, who care for more than one-third of the nation’s forests, can see the effects of climate change on their land firsthand: they’re seeing changes in growing cycles, extreme rainfall variations, increased insect and disease infestations, and uncontrollable wildfires, among other impacts. Despite these threats, forests are also an important part of the solution to climate change.

American Forest Foundation (AFF) has conducted, in partnership with the USDA Forest Service, new research to understand the carbon sequestration and other benefits in family-owned forests. Our report, “Vanishing Pieces of the Puzzle,” shows that family woodlands alone store roughly 14 billion tons of carbon. That’s the equivalent of emissions from more than 12,000 coal plants—20 times the number of power plants in operation in the US and more than the total operational worldwide.

Overall, private forests offset roughly 9 percent of our total annual US greenhouse gas emissions and the Environmental Protection Agency predicts that with strategic conservation, they have the potential to offset up to 20 percent of our annual emissions. Additionally, woodlands help to reduce emissions by supplying renewable energy for homes and generation facilities.

The research also shows that threats to family-owned forests—development chief among them—have the potential to cripple our carbon sequestration potential. In total, 1.4 billion tons of carbon are under threat from the development of things like subdivisions and parking lots. Wildfire, meanwhile, threatens more than 700 million tons of carbon. Adding insects, disease and natural disasters to the mix, 2.6 billion tons of carbon from family woodlands are threatened overall—the equivalent of annual emissions from 1.8 billion cars.

Thankfully, there are solutions. We must keep existing forests as forests, improve sustainable management so forests can adapt to the stressors of climate change, increase the use of wood for construction to store forest carbon long-term while also creating markets for working forests, and provide tax incentives for  working forests. By investing in woodland stewardship, we can spur economic growth and create thousands of new jobs, while also taming the climate crisis.

Recognizing that forests and forest landowners have to be part of the solution, the USDA announced a plan to help reduce net greenhouse gas emissions in partnership with farmers, ranchers and forest land owners. Through a set of volunteer programs and initiatives, their strategy focuses on climate smart practices designed for working production systems that provide multiple economic and environmental benefits. These practices also support resilience to extreme weather, reduced emissions and increased carbon storage.

AFF is committed to doing its part. We’re partnering with the U.S. Forest Service to work with landowners in the West on landscapes to mitigate catastrophic wildfires. This work will not only reduce the risk of harmful, uncontrollable wildfires, but it will also restore forests that can store carbon over the long term.

We hope that you will join us in supporting our efforts to engage woodland owners and carbon reduction.  Addressing climate change is a large scale operation that will take strong partnerships and a collective effort. 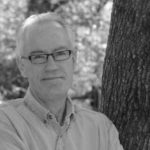