Forests and the earth itself are burning in Indonesia once again. Following 2013’s widespread fires in Sumatra, Sulawesi and Kalimantan (Indonesian Borneo), the fires in late 2015 have been called the worst disaster in 20 years – for people, for wildlife, for Borneo’s rich rainforest, and for the Earth. The fires are releasing more CO2 into the air per day than the entire US economy. More than 2 million hectares of forest are estimated to have burned so far.

Abetted by long drought and El Nino, these fires are mostly human-caused. Deforestation by major international timber, plywood and pulp and paper companies, by smallholders of oil plantations, and by rogue operators looking for the cheapest way to clear land are to blame.

George Monbiot, columnist for the Guardian, wrote as an eyewitness in Indonesia in October: “The air has turned ochre; visibility in some cities has been reduced to 30 metres,” he said. “Children are being prepared for evacuation in warships; already some have choked to death. Species are going up in smoke at an untold rate. It is almost certainly the greatest environmental disaster of the 21st century – so far.”

Malaysia and Singapore have been severely impacted by the smoke. With Indonesia itself estimating the damage at $47 billion, its smoked-out neighbors are also reeling from a regional cost that that may be another $14 billion. 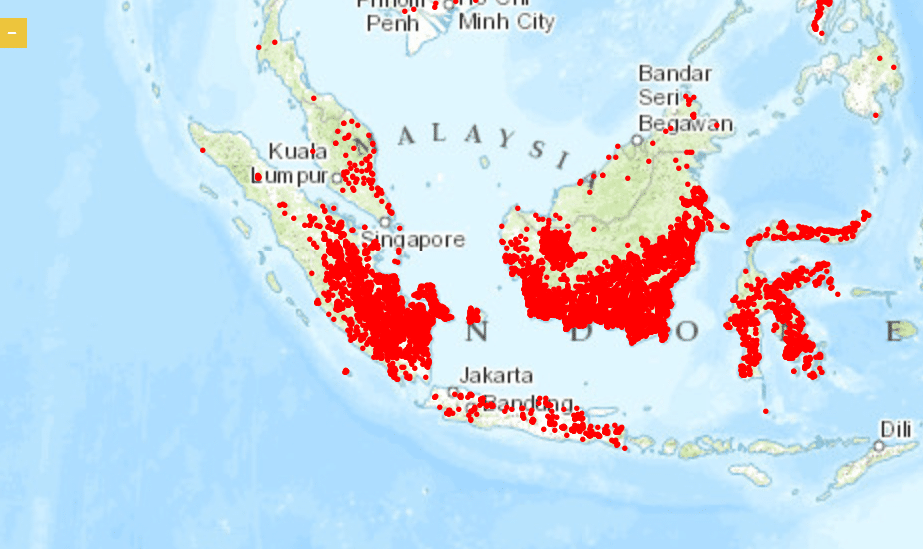 Wildlife, too, are impacted. Rare and endangered elephants, rhinos, Sumatran tigers, countless birds, and orangutans in these forests are unable to escape.

To its credit, the Indonesian government has prosecuted some 40 international palm oil companies. But in their quest to remain the number one palm oil producer, they’ve done little to control slash and burn practices, stop wide-scale deforestation by large plantations, or protect vital habitat for scarce animal populations.

Many smallholders remain desperately poor. They will continue to turn to the forests for more land and more income. That’s why local people need many kinds of assistance, and training for alternate, less-damaging ways to meet their aspirations.

Wiser government policy over the years could have prevented this catastrophe.

Sabah, the Malaysian state on Borneo north of Kalimantan, has taken steps to prevent such conflagration. Rachel’s Network Member Susan Wallace and I are proud to serve on the board of LEAP (Land Empowerment Animals People), where we’ve worked with local staff to conserve primary forest and restore degraded lands since 2005.

We have been immeasurably helped by the heroic Forestry Minister, Datuk Sam Mannan, who has, over the past several years, doubled the amount of protected areas to over 679,000 hectares. This land includes some of the most valuable, wildlife-rich primary forest on Earth.

Additionally, following a path-breaking decision by Sabah to commit to jurisdiction-wide certification, government-owned oil palm plantations will have to be totally sustainable by 2017, with the remainder across the state certified by 2025.

Let us hope the fires on the Indonesian side of Borneo, and their terrible costs, inspire Indonesia to follow the example of the small but inspired state of Sabah.

And let us also hope that organizations like LEAP can provide enough support to small, desperate landowners to turn them from destructive to sustainable practices to feed their families.

Caroline Gabel supports environmental organizations dedicated to preserving biodiversity, endangered species, and their habitats through her private foundation, the Shared Earth Foundation. She has funded nonprofits in Borneo, Bolivia, Peru, Guatemala, Mexico, Canada, Africa, Ecuador, Papua New Guinea, and the US. Caroline is a former board chair of Defenders of Wildlife and Rachel’s Network and serves as chair of the DC Environmental Film Festival and Snow Leopard Conservancy boards.