“You may choose to look the other way, but you can never say again that you did not know.” – William Wilberforce

I began my philanthropic endeavor almost 20 years ago. My focus was on a collaborative working to change health care delivery through a Medicare reimbursement structure that allowed physicians time to really evaluate the entire patient; body, mind and spirit. This became known as Integrative Medicine.

Many strides have been made since then, but not nearly enough. Physicians continue to treat symptoms, and in many cases never really get to the crux of the patient’s problems.

The cornerstone of health creation and prevention of disease is nutrition. Food can only fuel your very complex system if the quality of food is good. So I found myself going farther upstream looking for the determinants of healthful food: the soil has to be free of pollutants, the water has to be free of toxic substances, the genetically modified organisms (GMOs) have to be tested for safety, and food should be grown as free of pesticides and herbicides as possible. In other words, how we used to farm.

Today, the food we eat is hurting us. We are dealing with complex conditions that were unheard of 60 years ago. Children and adults alike are dealing with more allergies, more chronic conditions, more blood disorders and cancers, and Alzheimer’s and Parkinson’s is on the rise.

Take autism, for example. Children born with autism spectrum disorders or children who show severe symptoms by age four months are rising by 17 percent to 20 percent a year. One in 37 children born in the US is autistic. With the current projections, one in two children will have autism by 2030, the majority of them boys. Boys are five times more likely to become autistic than girls.

According to researchers at the University of California, Davis, babies whose moms lived close to farms where pesticides were applied were 60 percent more likely to develop autism than those who didn’t live near chemically-treated farms.

The US health system outspends every other country by at least two to one, yet our population is considered by the World Health Organization, 37th in the world. That means that 36 other countries, many of them lower-income countries, enjoy better health than we do.

What can be done? The best way to protect our families is to know where our food comes from and how it was grown.

I was involved in bringing a group of well-known plant biologists, and other scientists working in the field of food, soil, and water safety for a weekend roundtable in northern California called the GMO Science Summit to discuss public outreach on food safety.

It occurred to me that one way to engage the public was to draw parallels between DDT and 11 other dangerous chemicals that had been developed for chemical warfare during World War II. Those chemicals were then sold for domestic use as pest control products until they were finally banned in the 1960s, largely due to Rachel Carson, the mother of our modern environmental movement.

After the event, I was inspired to produce this new video called From DDT to Glyphosate: Rachel Carson, We Need You Again. You can watch it here:

The video also draws parallels with Big Tobacco. Both chemical and tobacco companies marketed their products as ‘good for you.’ We now know they are not only not good for you but very dangerous, and the government eventually banned many chemicals and forced tobacco companies to label cigarettes

We are facing the same crossroads today with Monsanto, their Roundup-ready seeds, GMOs, and glyphosate. Only this time, our government is not stepping in to save us. I do not believe they will regulate chemical companies for our safety and health and the safety and health of future generations. I believe pressure must come from a grassroots movement of people refusing to buy GMO products and foods that have been sprayed with pesticides. 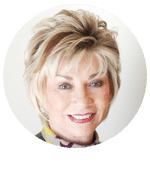 Ruth Westreich is President of The Westreich Foundation. Her expertise and areas of focus are: integrative, natural, and functional medicine; nutrition science; palliative care for end of life and chronic conditions; food and vaccine safety; and the creative arts as a healing modality.