Hydrofracturing is not a gentle process. Sucking oil and gas from dense shale formations involves drilling, explosions, toxic chemicals, and millions of gallons of water pumped at crushing pressures. Drillers maintain that these processes are well understood and tightly controlled and take place far below groundwater supplies. But ultimately the safety and quality of a well is dependent on the operator, the particularities of each site, local regulations and politics, and many other details.

As we’ve seen, water constitutes the largest component of fracking fluid by far, so it is not surprising that questions about the quantity and quality of water used by drillers have been contentious.

While the amount of water used in hydraulic fracturing depends on the type, depth, location, and characteristics of each shale formation, a typical drilling operation will use 6,000 to 600,000 gallons of fluids just in the initial stages of the process, according to Chesapeake Energy. Over the course of their lifetime, some wells will use 2 to 4 million gallons, though others—such as those in Texas’ Eagle Ford shale—can use as much as 13 million gallons.

Some studies show that hydrofracking consumes less than 1 percent of the total water used statewide, which is much less than agriculture or even lawn watering in Texas. But water tends to be a local issue, and in drilling hotspots like Dimmit County, water use has grown by double digits to keep pace with the shale oil boom.

Oil and gas-bearing shale formations deep underground are often connected by cracks, fissures, and channels to water-bearing formations. The latter hold groundwater, and many worry that chemicals, seeping methane, and other pollutants will contaminate people’s drinking supplies. Even in the best-run hydrofracturing operations, there are many opportunities for water pollution, a risk that increases significantly with wildcat operators who sometimes manage their drill sites less carefully than well-established firms.

How Well Regulated Is Groundwater?

Despite assurances from those in favor of fracking that there are no proven cases of affected water, numerous cases of suspected groundwater contamination have been documented. In private, EPA officials have acknowledged that brutal political and financial pressures are tying their hands when it comes to enforcing environmental protections.

As of this writing, the EPA is in the midst of a major national study on the environmental impact of the drilling technique and will publish a draft report in 2014—though it has warned that its final results will not be made public until 2016, President Obama’s last full year in office.

How Is Flowback Disposed of?

About 33,000 natural gas wells are drilled each year, and 90 percent of them employ hydrofracking. This translates into billions of gallons of potentially hazardous fluids being used annually.

Most states dispose of fluids by pumping them deep underground, into injection wells (which are distinct from gas and oil wells). These deposits are regulated by EPA under the Safe Drinking Water Act. But the geologic formations under Pennsylvania—the East Coast’s test case for hydrofracking—are unsuitable for injection wells.

Further, Pennsylvania produces so much wastewater that it threatens to overwhelm injection wells in neighboring Ohio. Flowback and produced water are therefore commonly stored in large tanks, holding ponds (for evaporation), or, more often, sent by pipeline or truck to public wastewater treatment plants. This raises the chance of spills, traffic accidents, and wear and tear on roads, a major bone of contention for many rural communities.

The shale gas industry is still in its adolescence, presenting us with a dilemma: while the energy supplies in shale are too important to overlook, the potential health and environmental impacts of extracting them are too great to disregard. How we choose to respond to these contradictory priorities will have huge and long-lasting consequences. 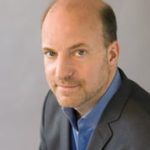 Alex Prud’homme has written for The New York Times, the New Yorker, Vanity Fair, and Time. He is the author of five books, including The Ripple Effect: the Fate of Freshwater in the Twenty-First Century, and the co-writer of Julia Child’s bestselling memoir, My Life in France.