Water is speaking to us but are we listening? We are all treaty people – a piece of us is dying. Complacency and ignorance are no longer acceptable. We have to be the voice for generations to come. Our grandchildren will look back and ask why did they not act to save our precious water? I want to be able to look in the mirror and know that I did my best. – Chief Kaghee, Saugeen First Nation on the shores of Lake Huron

Despite the incalculable value of this resource, they’re in serious trouble. Climate change, invasive species, and wetland loss all taking a terrible toll on a watershed that provides life to so many people and species.

Now, companies are using the Great Lakes and the St. Lawrence Seaway as a carbon corridor for a newly aggressive North American energy industry. This poses the greatest threat yet to these waters.

We must come together to stop these plans to develop and transport bitumen, fracked oil, fracking wastewater and nuclear waste around the Great Lakes, before it’s too late:

The tar sands of Alberta are producing far more bitumen than they can sell in Canada. If current expansion plans are realized, the tar sands could one day be producing 5 million barrels of heavy crude – the dirtiest oil on earth – a day.

Companies are using every method at their disposal to get bitumen to market. The American Petroleum Institute says that there are over 18,000 miles of new crude pipelines planned in the U.S. by 2018, much of it in the Great Lakes region. Even if the Keystone XL pipeline is not approved, Alberta bitumen will still flow south in unprecedented amounts.

Line 67, the Alberta Clipper, will carry more crude than Keystone if its plans for expansion are approved. Even the ageing Line 5, twin underwater pipelines that run under the Straits of Mackinaw, are to carry Alberta crude in growing amounts.

Oil-by-rail is growing too. Canadian rail shipments of crude oil grew from 6,000 carloads a day in 2009 to over 14,000 in 2013. In 2012 alone, there was a 300% increase in oil transported by rail in the U.S. In addition, the majority of the 66 U.S. refineries processing Alberta bitumen are located in states within the Great Lakes basin.

Since 2005, over 82,000 fracking wells have been drilled or permitted in the U.S. If the shale gas reserves in the land areas of just four Great Lakes states are developed, total water withdrawals to service these operations could exceed 37 billion gallons a year.

The chemicals used in fracking operations pose a direct threat to the water of the Great Lakes as well as the health of millions people who depend of them for drinking water.

The newest nuclear threats to the Great Lakes are to move spent radioactive generators by ship across the Lakes, bury radioactive nuclear waste into deep geologic deposits in close proximity to the Lakes, and move liquid nuclear waste by trucks on highways that border the lakes.

Concerned groups and communities have been vigilant about proposals to ship nuclear waste on the Lakes as the Canadian and Ontario governments are clearly prepared to permit this practice.

Risky Transportation on the Lakes

Increasingly, companies are eyeing waterways as a transport route for extreme energy. Plans are in the works to transport bitumen, fracking byproducts and nuclear waste on barges and tankers across the Great Lakes to refineries in the south or down the St Lawrence River to refineries there or for export.

For many years, I have worked for the human right to water. But to make this right – now recognized by the United Nations – real, it is necessary to protect our precious water sources and watersheds from pollution, over-extraction and climate change.

I hope to work with the members of Rachel’s Network and other organizations and communities around the Great Lakes to designate them as a public trust, a common heritage and a protected bio-region and stop their destruction by a thousand spills. 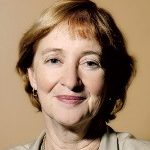 Maude Barlow is the National Chairperson of the Council of Canadians, a citizens’ advocacy organization with members and chapters across Canada. She is also the co-founder of the Blue Planet Project, which works internationally for the human right to water. Maude chairs the board of Food & Water Watch. Click here to read Maude’s full report, Pipeline: Extreme energy’s threat to the Great Lakes and the St. Lawrence River