Forsythia Foundation promotes healthier people and environments by reducing the chemicals in our lives that are harmful to our health. The foundation believes it is much more efficient to prevent disease-causing chemical exposures than it is to treat diseases. This is why it invests in projects that create safer, greener products—and projects that drive demand for those very products. The foundation believes that funding preventive efforts is both a cost savings to society and simply the right thing to do.

To that end, Forsythia is proud to be a part of Healthy Babies, Bright Futures (HBBF), an alliance of donors, scientists, and nonprofit organizations that build and support initiatives that reduce exposures of neurotoxic chemicals in the first thousand days of a baby’s development.

HBBF connects two important problems: the rising prevalence of learning and behavioral problems in children, and the ubiquitous presence of unregulated and untested chemicals in the water, air, food, and products we use daily.

Studies show that early life exposure to such toxic, or “brain drain,” chemicals contributes to a range of serious, debilitating disabilities and health problems. Human exposure to these brain drain chemicals has risen much like the incidences of autism, ADHD, low birth weight, and cognitive delays. In fact, one in six children in the United States has been diagnosed with a developmental disability; one in 68 children has an autism spectrum disorder. (See HBBF’s problem statement for more details.)

While exposure to toxic chemicals is not the only factor behind these delays and conditions, such hazards are surely one of the most preventable. We also know that poorer communities are disproportionately affected than wealthier communities. In other words, exposure to toxic chemicals such as lead, mercury, PCBs, or pesticides are more prevalent in neighborhoods and regions where populations have fewer resources, further compounding their already difficult circumstances.

To limit young children’s chemical exposures, additional protection should extend to their mothers and all women of child bearing age who can pass along chemical exposures in utero. Imagine a world where we can protect the learning abilities of millions of children while reducing the exorbitant spending on specialized health care and special education services that are needed to treat and mitigate such conditions.

To test our hypothesis that prevention is the most cost effective and common sense approach to making that vision a reality, the Forsythia Foundation awarded a grant to HBBF to conduct an economic analysis of brain drain chemicals, studying the costs of adverse outcomes due to the exposure to such chemicals.

Because HBBF bridges the health, environment, and early-childhood development and education sectors, we are hopeful that the research will help these funders and advocates better understand how chemical effects on childhood brain development play a role in their own work and help them recognize ways they can work together to achieve common goals.

As a nation, we have just witnessed the devastating news coming out of Flint, Michigan, a situation which could have been prevented. It is commonly known that brain damage from lead exposure is permanent. Forsythia hopes that funding HBBF’s research will remind decision makers of how simple preventive measures can have both short and long-term benefits, so we never have to read headlines like those from Flint again.

If you want to learn more about HBBF’s efforts, please go to www.hbbf.org. If you are worried about incidents like the ones in Flint, Michigan, HBBF can also be a resource to you and your community. It has partnered with Dr. Marc Edwards from Virginia Tech, who is offering the Lead in Water Action Kit which allows you to test your own tap water, know the level of lead in your water, and take action to reduce exposure if there’s a problem. 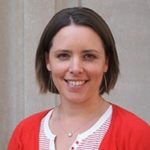 is a program officer for Forsythia Foundation, founded by Rachel’s Network Member Alison Carlson, and a director at Arabella Advisors.