Implicit Bias and Its Role in Philanthropy

Adapted and cross-posted from the National Committee for Responsive Philanthropy

Researchers have begun to recognize that most cognitive and emotional responses to our environment happen without our awareness. Psychologists have known for a 100 years that only 10 percent of discrimination can be explained by the conscious mind.

Mind science tells us that most of what we believe and process consciously may be directly contradicted by what we experience unconsciously – allowing for socially constructed and unconsciously internalized implicit biases to underpin our actions. This phenomenon is particularly likely to occur in the context of race and gender.

Implicit bias in philanthropy affects not just which groups get funded but also who sits on the boards of philanthropic organizations (mostly white males), how grantmaking foundations set priorities, how decisions are made, who makes those decisions and even who gets hired.

In 2008, a Grantmakers for Effective Organizations (GEO) study found “a pronounced disconnect between the ways in which grantmakers are supporting nonprofits and what nonprofits say could contribute to their success.”

The philanthropic community must ensure that implicit biases do not betray the conscious values at the root of philanthropic work. Achieving true transformative change requires people from diverse backgrounds to come together as a community, manage difficulties and undertake complex inquiries.

The philanthropic community can establish practices to prevent inherent bias from seeping into their work and the way funding is distributed though these strategies:

Doubt objectivity: Seeing yourself as objective actually tends to increase the role of implicit bias; teaching people about nonconscious thought processes ultimately allows us to guard against biased evaluations.

Increase motivation to be fair: Seeking fairness, rather than being driven by fear of external judgment, tends to decrease biased actions.

Improve conditions of decision-making: Implicit biases are a function of automaticity. Engaging in mindful, deliberate processing prevents our implicit biases from kicking in and determining our behaviors.

Count: Implicitly biased behavior is best detected by using data to determine whether certain patterns of behavior lead to racially disparate outcomes. Once one is aware of such a link, it is then possible to consider whether the outcomes are linked to bias.

Collect data and monitor outcomes: Because implicit bias cannot be reliably self-reported, it is important to set goals and collect data to see if they are being met.

Involve a cross-section of decision-makers: Research shows that including a critical mass of underrepresented groups in the decision-making process reduces bias.

Create institutional mechanisms to reduce bias: In the context of school suspension, having very clear and objective criteria reduces bias.

We can gain a better understanding of the dynamics that produce and exacerbate inequity – as well as learn how to overcome them – by applying the insights of mind science to race, gender and other areas subject to implicit bias.

By recognizing and addressing the role of implicit bias in its work, the philanthropic community will be better able to understand the past; engage, appraise and transform the present; and more effectively influence the future. 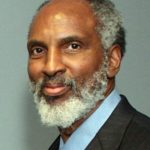