After the Boston Globe gave me time to write a series on the epidemic of tick borne diseases, New England states devoted more funds to eradicate the insidious parasites. When my colleagues and I investigated mislabeled fish in more than 100 Massachusetts’ restaurants, it sparked new government efforts to crack down on fishy economic fraud.

But during this time, while Massachusetts’ residents were benefiting from the best of what journalism can accomplish,­ a crisis was unfolding in many news markets elsewhere in the country: the collapse of environmental reporting.

Tens of thousands of journalists have exited newsrooms in the last 15 years as casualties of the news media’s financial troubles. This is a story you may already know. But take a magnifying glass to that statistic and you’ll see that environmental journalists, often more seasoned and therefore higher paid, have borne a disproportionate burden. Peer into the numbers a little more and you’ll see that loss is most visible in the nation’s interior where groundwater pollution and other environmental threats are pervasive. Without the watchdog eyes of the press, it is easier to understand how a disaster like the Flint water crisis went undetected for so long.

A dangerous silence is descending on America about our changing and fragile environment. Young reporters don’t always have the experience to report on complex environmental issues. Some are even told to steer clear: One reporter I know was told by her boss she shouldn’t link climate change to extreme weather in a story because it was too controversial.

InsideClimate News, where I now work, is deeply committed to reviving the environmental journalist, an endangered species in our nation, to its rightful place in the news ecosystem. We’re doing it by launching a National Environment Reporting Network.

Let me tell you a bit about us, and how we’ll accomplish this big idea.

InsideClimate News is a non-profit, non-partisan Pulitzer Prize-winning news outlet best known for our investigative journalism and for the more than 500 news, analysis and enterprise stories we publish each year.

Started as a two-person blog 11 years ago, we are now a team of 17, with women occupying four of the six top management positions in our organization, including our executive editor, senior editor and myself. Our Arctic reporter is a woman who has endured -35 F degree temperatures to bring us stories from the North and interviews from oil towns where many residents are actively hostile toward her.

Our reporters write fearlessly about climate change, energy and the environment, but we also seek understanding across the aisle. Our Finding Middle Ground series, honored for best in journalism by the Scripps Howard Awards, seeks to convey without casting judgment the complicated stories of lives upended from climate impacts, and the complicated nature of people’s beliefs and values as they cope or seize opportunity.

Last month, InsideClimate established the first of what will be at least four regional hubs that will comprise our National Environment Reporting Network. Based in the Southeast, it will serve as a center for training local and regional journalists and collaborating with other newsrooms. Other regions where we will establish hubs include the Southwest, Great Plains and Great Lakes. We expect a second hub to be up and running this fall.

By helping local journalists find and write meaningful environmental stories – and instilling in newsrooms a sense of urgency and ownership around these issues – we can begin to ensure there are independent watchdogs over the air we breathe, the water we drink and the environment we live in. This is about creating a model of sustained local journalism, steeped in the public interest of the region.

It’s a critical time for local climate and environment reporting. Key decisions are moving to state and local governments as the federal government rolls back national protections. Journalists can set the agenda for policymakers and for the public’s attention in these regions, where a local press is still considered trustworthy despite the cacophony of fake news on the national level.

We have a simple goal: to re-embed a culture of public service environmental journalism into newsrooms, and make this beat as fundamental to readers as the crime blog or sports section. 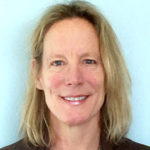 Beth Daley is the director of strategic development at InsideClimate News. Before joining ICN she spent three years at the New England Center for Investigative Reporting in Boston and more than two decades at the Boston Globe, her last 12 years there as the environment reporter. A Pulitzer Prize finalist for her work on climate change, Daley has won numerous national journalism awards for her reporting at the Globe and NECIR.