What’s a Mother to Do in the Face of Climate Change?

As a mother of two “20-something” daughters in a time of global warming, I am deeply worried about their future and the future of any grandchildren I might have.  Rising temperatures and sea levels, extreme floods and droughts, devastating forest fires and landslides, and other climate-related catastrophes will stress our communities and threaten our society.  Given the global magnitude of the problem and the reluctance of our nation’s leaders to take timely action, what’s a mother to do?

I took some comfort from a recent survey, reported in the National Journal, which found that “60 percent [of respondents]… believed ‘that average Americans… through their own actions’ can make a ‘great deal’ of difference on issues facing their local communities.”  In particular, to a question on “how much ability do average Americans have to make a difference,” 78 percent answered “a great deal or some” for citizen action to “protect the environment” – the highest score among 15 possible actions ranging from education to poverty.

But the same survey also had dispiriting findings. “When asked about their personal participation in activities that have the potential to drive change,… no more than one in 11 said they frequently engaged” in civic activity.

These days, it is easy to be cynical, looking at a painfully dysfunctional federal government and disturbing efforts in states across the nation to disenfranchise voters.  Evangelical theologian and activist, Jim Wallis, says that “the big struggle of our time is the fundamental choice between cynicism and hope.” He goes on to say:

Perhaps the only people who view the world realistically are the cynics and the saints.  Everybody else may be living in some kind of denial about what is really going on and how things really are… Hope is based on what you believe at the deepest levels – what your most basic convictions are about the world and what the future holds.

Wallis concludes with a very simple, but very powerful thought:  “Hope is not a feeling; it is a decision.”

How can people be encouraged to choose hope and then act on it? One way is to tell courageous stories.  Bestselling author and psychologist, Mary Pipher, says in her 2006 book, Writing to Change the World, “Change writers utilize stories… to give people an emotional experience that opens their hearts and points them in new directions.”  As long-time community organizer and senior lecturer at Harvard’s Kennedy School of Government, Marshall Ganz, explains “A story communicates fear, hope, and anxiety, and because we can feel it, we get the moral not just as a concept, but as a teaching of our hearts. That’s the power of story.”

Ganz believes that stories must be hopeful. “Hope is what allows us to deal with problems creatively. In order to deal with fear, we have to mobilize hope. Hope is one of the most precious gifts we can give each other and the people we work with to make change.”

Success stories, in particular, can provide both inspiring emotional content and credible ideas for change.  Authors Chip Heath and Dan Heath, in their 2010 bestseller, Switch:  How to Change Things When Change is Hard, suggest studying successful efforts worth emulating, rather than analyzing the many causes of failure. “To pursue bright spots is to ask the question, ‘What’s working and how can we do more of it?’ These flashes of success can illuminate the road map for action and spark the hope that change is possible.”

In 40 years as an environmental advocate, including 20 years working on river conservation across America, I have been inspired by people coming together to restore a stream, save a wetland, or manage their water wisely and sustainably.  I believe their successes can inspire others.  So, my personal answer to the question of “what’s a mother to do” is to collect and share courageous stories from rural watersheds to urban riverfronts – to encourage a renewal of American traditions of cooperation and collective effort, to enhance local resilience to climate change through freshwater stewardship, and to build the national will to curtail carbon pollution before it’s too late.

This book project, Rivers of Revival:  Stories of Freshwater Stewardship & Resilient Communities, is being undertaken in partnership with the Center for Humans and Nature whose mission is “to explore and promote human responsibilities in relation to nature.”  As members of Rachel’s Network, you appreciate more than most the power of giving voice to the environmental concerns of the day. Fifty years after the publication of Silent Spring, we are entering a long, hot summer.  All of our voices, hopeful, strong and insistent, will be needed. 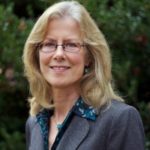 Rebecca Wodder’s career in conservation began with the first Earth Day in 1970. Most recently, she served at the U.S. Department of the Interior as Senior Advisor to Secretary Ken Salazar.  As president and CEO of American Rivers from 1995 to 2011, she led the development of community-based solutions to river and freshwater challenges. Rebecca also served in senior positions at The Wilderness Society and was Legislative Assistant to U.S. Senator Gaylord Nelson on environmental and energy issues. In 2010, she was recognized as a Top 25 Outstanding Conservationist by Outdoor Life Magazine.  Currently, Rebecca is a Fellow with the Center for Humans and Nature, where she is developing a project to encourage communities to enhance their resilience to climate impacts by adopting sustainable approaches to rivers, watersheds and freshwater resources.  She serves on the Board of the Potomac Conservancy, and on the Board of Visitors of the Nelson Institute for Environmental Studies at the University of Wisconsin-Madison.  She can be reached at Rebecca.wodder@cox.net.