Celebrating America—and Building a Diverse Legacy for the Future

On August 25, America will celebrate the 100th anniversary of the creation of the National Park Service. These proud men and women protect the most iconic and inspiring places our country has to offer, from the peak of Mount Denali to the Statue of Liberty’s torch.

My organization, the National Parks Conservation Association (NPCA), has been working for decades alongside the Park Service to keep our National Park System vibrant and well-maintained for the people who enjoy them today—and for those who will continue to be awed by them long into the future.

The early champions for public lands who helped create this innovative system of parks were visionaries like Teddy Roosevelt, John Muir, and Stephen Mather. While the large western landscapes they began preserving a hundred years ago—grand, jaw-dropping places like Yellowstone and the Grand Canyon—are an important part of our National Park System, there is so much more to see.

Part of NPCA’s core mission is to broaden and diversify our park system and to make these places more accessible and relevant to all people. Over the last several years, we helped create national park sites that honor the lives of Underground Railroad hero Harriet Tubman and the influential labor movement leader Cesar Chavez, for example, as well as a national monument in Chicago’s historic Pullman community where one of the country’s first African-American unions was born.

Just this past spring, NPCA celebrated another long-awaited victory when President Obama designated the Belmont-Paul Women’s Equality National Monument as our nation’s newest national park site. This building served as the headquarters for the National Woman’s Party, an organization that fought for decades to improve conditions for women. This ambitious and persistent group helped to pass some 300 pieces of legislation, including the 19th Amendment in 1920, which gave women, at long last, the right to vote.

I was amazed to stand in the same building where women worked so passionately and strategically, enduring hunger strikes and violence and scorn, back in a time when there were no road maps, webinars, or professional support networks with advice on how to conduct a successful advocacy campaign. It’s hard to imagine now what it would be like to live in a world where we wouldn’t be able to vote. That’s why we need to preserve this important place—so we can remember and appreciate what these brave women did on behalf of everyone who came after them.

As you explore America’s national parks, I hope you’ll experience that same feeling of awe that I have at places like Yosemite, Glacier, and the Grand Canyon. And I hope you’ll also be able to see historic parks like the Belmont-Paul Women’s Equality National Monument where suffragists improved what it meant to be a woman in society.

2016 is a special year for our National Park System, but the attention we’re giving our public lands must not end when the centennial year is over. As we reflect on the last hundred years of our national park legacy, I am proud to help preserve the important stories of our shared history as Americans as we prepare for the next century and beyond. 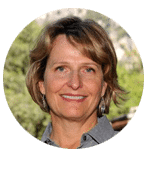 Theresa Pierno is president and CEO of the National Parks Conservation Association. She joined NPCA in 2004 after a distinguished career in public service and natural resource protection, and has helped to solidify the organization’s role as the voice of America’s national parks.