Why We Need More Women in the Power Sector

I was digging a hole near Manchester, England one snowy day, when an older man passed by. “A woman, digging a hole?” He shook his head in disbelief. I carried on, thigh-high in freezing water, and completed my graduate training at United Utilities, just as I carry on every time people say I’m a novelty, an anomaly, in the energy industry.

I see no reason for women not to be working in power and utilities. What I am hearing from clients and the investment community is that the business models of yesterday no longer fit. The global power and utilities sector has significantly under-performed the broader markets in recent years, with global utilities lagging behind the global equity markets on price by almost two-thirds over the last five years.

What’s needed is new thinking. With just 4% of executive board positions at the world’s largest 100 power and utilities (P&U) companies held by women, lack of diversity is undermining business performance, according to new research published by EY in our new report Talent at the table: Index of women in P&U.

According to the report, the average return on equity (ROE) for the world’s top power and utility companies with high diversity scores is 7.7%, compared with only 4.5% for those with lower diversity scores.

We believe that the importance of having diversity in the senior management team is being overlooked by the industry at a time when it needs new approaches to resolve the energy trilemma: how to provide energy that’s available, affordable and environmentally sustainable, all at the same time.

EY’s Women in P&U Index analyzes the top 100 companies in the sector and ranks them by the number of women on the board of the headquartered company and on the senior management team. The findings reveal that women account for just:

We recognize that there are many factors that influence performance, but there is no doubt of the key role that diversity plays. We are disappointed by the results of the index; if not surprised.

Most countries are still working towards the targets set by government for gender diversity in the boardroom. Norway led the world in mandating a 40% quota on boards in 2003, which took effect in 2006. Finland has had legislation in place promoting the presence of women on boards since 2005. These countries are a good five to seven years ahead of the majority of countries whose legislation we assessed and top the global rankings for the representation of women on boards.

Across all industries, companies are struggling to meet the 25% to 40% targets set by governments. Although P&U fares better for gender diversity than other infrastructure-specific industries such as oil and gas and mining, it lags behind consumer services and consumer goods.

I was drawn to this industry because energy and water are fundamental to our lives – they reside at the place where society, politics and economics collide. And I am excited to be working in this industry at a time of transformational change. Whether you are state-owned or private, in a developed or developing economy, don’t let the P&U transformation leave you behind. 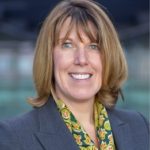 Alison Kay is a Partner in EY’s Advisory practice leading the Energy and Utilities sector. Alison specializes in customer management of large scale transformation programs and operational efficiency. She has worked in the utilities industry and has more than 10 years of consulting experience.