We Must Quit Coal Before Coal Quits Us

Mom, apple pie, and a 200-year supply of coal are American mantras. Utility executives and elected officials trust our coal supply, overlooking mounting evidence of its decline. Hear no evil, see no evil: it’s tradition, really, to trust that coal will always show up at our power plants.

Powering 33 percent of our nation’s electricity, coal is a foundation to our lifestyles and industries. But unlike money, coal cannot be printed. For it to arrive at power plants it has to be mined by companies profiting by it. With scores of recent bankruptcies in the coal industry, we know those profits are waning. And natural gas isn’t getting more popular or profitable to extract either.

Seven years ago my colleague Leslie Glustrom, the founder of Clean Energy Action (CEA), was intervening at Colorado’s Public Utilities Commission to prevent Xcel Energy’s construction of a 750-megawatt coal plant. Along the way she peered into our nation’s coal supplies and whether this new plant would have long-term access to economical coal.

After considerable research, she discovered that the nation was running out of profitable coal, and that it was largely a function of all the cheap, easy stuff being already dug out and converted into global warming.

Though Leslie wasn’t alone in this vein of research, and even though her findings were reported on the front page of the Wall Street Journal in 2009, she was a voice in the wilderness. She asked Xcel Energy three times in formal proceedings, “What is your coal supply for your new plant with its 60-year life?” Answer: “No such analysis has been done.”

Even the Energy Information Agency (EIA) has been vague in its coal supply reports. Its Estimated Recoverable Reserves were based on dusty old assumptions that did not reflect that the term “reserve” means resource that can be economically produced with existing technology. Leslie explored this point with the EIA, and by 2014 that classification was modified with a footnote in eight-point font. This isn’t enough to redirect an industry.

Zoom ahead to 2016 and the nation’s top three coal mining companies have filed for bankruptcy, with over 50 other industry bankruptcies since 2012.

Bloomberg News recently reported that the US has lost almost half its coal mines in the past 10 years. US coal production for the first quarter of this year is down by 32 percent from the same quarter in 2015, with US coal production down about one-sixth from 2008 to 2013.

Since 2010, the average cost to produce coal from the nation’s most productive mining area, Wyoming’s Powder River Basin (PRB), crept up by 20 percent. In 2008, the US Geological Survey estimated that in the motherlode of the PRB, only six percent was economically recoverable.

It’s time for the utility industry to stop taking coal for granted.

In our “Buyout, Bailout or Bankruptcy” project, CEA analyzed the financial profiles of the coal plants in Colorado. With the help of a think tank, we are devising financial options for our 53-percent coal-reliant, investor-owned utility to escape the risk spiral it is imposing on all its stakeholders.

Our research suggests that replacing coal with new wind power with a return-on-investment will put our utility slightly ahead. Investors need to know this — and the material business risk of relying on (or heaven forbid, recapitalizing) coal burners at this late stage of the coal industry. So CEA is exploring shareholder action with groups like As You Sow and other ways of engaging all stakeholders.

We have to quit coal before coal quits us! 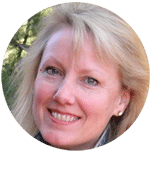 Anne B. Butterfield is president of Clean Energy Action, an educational 501(c)(3) that helps Colorado (and the nation) understand of the risks of relying on the dying coal industry and the many upsides of using clean energy. She has been a newspaper columnist focusing on Colorado’s power sector, coal and natural gas industries, and climate change. Her writing also appears in the Huffington Post.