Millions of Americans were hopeful that we would make history this year by electing our first woman president. Our candidate—a mother, a grandmother and a woman who dedicated her life to protecting children—held great promise for a better future. While her defeat for many of us was shocking and disappointing, we will not despair. From Washington to communities all across the country, we are continuing her fight to protect the health of American families.

One of those places is Flint, Michigan. It’s a city where, for some parents, a horror story has only just begun. Tens of thousands of residents—including as many as 12,000 children—have been exposed to lead in their drinking water. As soon as the situation came to light, my colleagues and I were on the ground in Flint, endeavoring to get residents immediate access to safe drinking water, which we won by court order last fall, and to hold officials accountable.

I’m often asked to write or talk about Flint. Whenever I do so, I make sure to emphasize a number of facts. One is that there is no such thing as a “safe” level of exposure to lead. Another is that children are among the most vulnerable when it comes to lead toxicity—which has been shown in numerous studies to harm the developing brain, leading to increased risk of learning disabilities, loss of IQ points, and behavioral problems.

But to be completely honest, those aren’t the first things that come to mind whenever I think about Flint.

In addition to being the president of an environmental organization, I’m also the mother of a young daughter. And like every other mom I know, I see keeping my child safe, happy, and healthy as my biggest job and my primary responsibility.

So the first thing that comes to mind whenever I think about Flint is the sheer horror that parents must have felt the moment they realized they had been poisoning their own children—simply by letting them drink water out of the tap at their home, or out of a water fountain at their local school, library, or playground.

In this country, at least, clean, non-toxic drinking water is something we’ve been led to believe we can take for granted. To discover not only that your family’s water isn’t safe to drink, but also that your government representatives have been working to keep this fact hidden from you, is to have your world turned upside down.

Right now, for many, the future feels more uncertain than ever. While people in this country and around the world are hoping for the best, there is nevertheless the fear—not unreasonable—that shock waves generated by the recent presidential election could end up destabilizing the systems we’ve designed to protect our environment and safeguard public health.

The people of Flint have dealt with enough uncertainty over the last two and a half years to last them a lifetime. They deserve to feel secure in believing that the water they’re drinking isn’t toxic, and that the officials tasked with keeping them safe aren’t lying to them.

That’s why my organization has devoted so much time and so many resources to protecting water—not just in Flint, but everywhere. Our recent report on water safety documents and maps the disturbing prevalence of lead in drinking water all across America, as well as the lack of official response to numerous violations of the Environmental Protection Agency’s Lead and Copper Rule: the federal law that is supposed to keep us safe from precisely the sort of travesty that has befallen Flint.

My colleagues and I represent a diverse array of backgrounds and specialties within the world of environmental advocacy, from climate change to wildlife conservation to energy policy to public safety. Given the urgency of our mission, each one of us has no shortage of compelling reasons to get up in the morning and come in to work.

For me, personally, however, there’s no motivation more powerful than the knowledge that the work I do each day is making the planet greener, safer, and healthier for my daughter—and for children everywhere. What happened in Flint shouldn’t ever happen again. It doesn’t have to happen again. And—no matter who sits in the Oval Office—if we make our voices heard when demanding accountability, it won’t happen again. 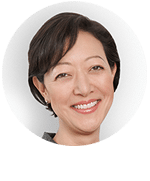