Shareholders become powerful force in the fight against superbugs

A century ago, the top three causes of death were infectious diseases. Today, thanks to antibiotics, infectious disease accounts for only a small percentage of deaths — but we are at risk of losing this critical medicine.

Antibiotics are losing their effectiveness due in significant part to reckless overuse in farm animal production. The more antibiotics are used, the faster  resistant bacteria evolve. If no action is taken, antibiotic resistance could cause 300 million premature deaths and up to $100 trillion in global economic damage by 2050 — and virtually eliminate many surgeries.

Executives at meat companies like Hormel and restaurant companies like KFC have long dragged their feet in taking action, prioritizing short-term profits over long-term sustainability. But shareholders, led by investor advocates like the nonprofit As You Sow, are now getting involved to advocate for better policies.

Backed by Rachel’s Network, As You Sow launched its antibiotics shareholder initiative in 2015, working directly with company management on establishing better policies and practices. As You Sow also focused on educating investors about the ways irresponsible antibiotic use harms their companies financially, from reputational damage and loss of market share, to lawsuits.

Often, company management can be too focused on short-term profit at the expense of longer-term risk. Most of the investors that As You Sow represents want to maximize long-term economic value, not only by avoiding reputational and legal risks to the companies in which they invest, but also by safeguarding public health, which is necessary to a well-functioning economy.

By exerting shareholder power directly with corporations and working with other shareholder advocates like the Interfaith Center on Corporate Responsibility (ICCR) and Green Century, As You Sow has secured strong antibiotics commitments from several of the nation’s largest restaurant companies:

With KFC, Wendy’s, and Burger King publicly committed to sourcing only chicken raised without medically important antibiotics, momentum for change and pressure for action by industry laggards is growing.

As You Sow will continue to bring shareholder power to bear on strategic and laggard companies, including McDonald’s and Sanderson Farms, aiming for rapid, wholesale elimination of any business-as-usual antibiotic regimes in poultry, beef, and pork production.

Consumer preferences are rapidly changing toward sustainable and safe food choices, even among populations not typically concerned with healthy eating. In a 2015 survey, 34 percent of customers said they would visit McDonald’s more often if it served meat raised without hormones or antibiotics.

We applaud the corporate leaders, investors, and health advocates who are tackling this challenge to build a more safe and sustainable world. To join the effort, click here. 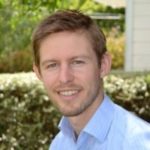 Austin Wilson is the Environmental Health Program Manager at As You Sow, where promotes sustainable food systems through shareholder advocacy and coalition building.