Getting out the Environmental Vote

Many of us now realize that climate change and other environmental issues have become – quite literally – existential problems. So why are politicians still so unwilling to pass the laws and regulations that we desperately need?

While we don’t like to admit it, one of the biggest reasons may be that voters just don’t care that much about climate change and other environmental issues.

Poll after poll of likely voters in almost any election – from city council up to president – shows that when you ask voters to list the issues they care about most, climate change and other environmental issues are almost always close to the bottom.

This is a big problem.

The lack of voter “demand” for environmental leadership has a huge impact on policymaking because politicians spend much of their time polling voters to see what they care about.

And if voters don’t care about the environment, why on earth would we expect politicians to?

But wait – there’s some good news:

The Environmental Voter Project has discovered that there are actually millions of Americans who deeply care about climate change, conservation, clean air, clean water, and other environmental issues. But here’s the thing: these people don’t vote and so they never show up in “likely voter” polls or on politicians’ radar screens.

In fact, the Environmental Voter Project has identified over 15 million environmentalists who don’t vote.

I know, I know. You’re probably saying “THIS is the good news?”

Yes, this is good news. Here’s why:

Our research reveals that there are millions of people who already care deeply about the environment, which means that the environmental movement doesn’t necessarily have a “persuasion” problem; instead, we have a “turnout” problem.

And voter turnout problems are much easier to solve than voter persuasion problems.

Recent studies have shown that trying to persuade climate deniers to change their minds not only (usually) doesn’t work, but it often makes them dig their heels in and become even more intractable (the so-called “backfire effect”).

Alternatively, getting the 15.78 million already persuaded environmental non-voters to alter their habits just a bit and start voting is relatively cheap and simple. We can do this in two ways.

First, big data analytics and predictive modeling allow us to identify people based on the issues they prioritize and their voting histories.

Second, a new generation of behavioral scientists is testing cheap, scalable, and effective techniques to motivate people to vote, often for the first time.

These are the cutting-edge tools that the Environmental Voter Project uses to find, register, and mobilize non-voting environmentalists, and we’re confident that the same tools will soon be used to mobilize other groups who are under-represented in electoral politics.

Most importantly, these tools should give us hope – hope that we already have an environmental majority. Now let’s get to work engaging and mobilizing them. 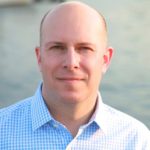 Nathaniel Stinnett is the Founder & CEO of the Environmental Voter Project, a non-partisan nonprofit using cutting-edge technology to identify non-voting environmentalists, register them, and get them to vote.