For a healthy, livable planet, women’s voices and leadership must be brought to the forefront of the climate change conversation.

Worldwide, women make up the vast majority of the millions who have lost their lives to extreme weather and other climate impacts, and comprise an astounding 80 percent of global climate refugees. Research indicates that women are more susceptible than men to the harmful effects of toxins in the air, water, and soil – and evidence of the dangerous effects of fossil fuel and industrial pollution on pregnant women and their children continues to grow.

Ensuring women’s leadership as central stakeholders is vital not only because women experience adverse climate impacts with disproportionate severity, but also because of the unique insights and game-changing results and solutions that women bring to the table.

Women’s leadership in environmental, social, political, and economic decision-making has direct and vital impacts on efforts to address climate change. At the national level, a study of 130 nations found that those with higher female parliamentary representation were more likely to ratify international environmental treaties.

At the local level, sustainable stewardship of resources and communities depends on engaging women at all levels of planning and implementation. When women are empowered through jobs and education, local economies are strengthened, populations stabilize, and health and education improve.

In developing countries, women produce 60 to 80 percent of household food and are most often the ones responsible for the food, water, and medicinal needs of their families, making them natural guardians of water, soil, seeds, and biodiversity.

In North America, women determine upwards of 80 percent of all purchases. This untapped power has the potential to make big waves for clean energy solutions, strong local economies, ecologic agriculture, and decreased consumption.

This December, world leaders will gather for the United Nations COP21 climate negotiations in Paris, where they will work to finalize an international climate agreement with major implications for our planetary health. Ensuring women’s leadership and the implementation of gender-responsive climate policy is more vital now than ever.

Aware of the critical nature of this moment, the Women’s Earth & Climate Action Network (WECAN International) is connecting and mobilizing women for climate justice across the globe.

2015 opened with Regional Climate Solutions Trainings held with our partners in the Democratic Republic of Congo, Middle East North Africa Region, and South America, and with the launch of a new US Women’s Climate Justice Initiative.

Over the last three months, diverse women from across the US have come together digitally to discuss women for 100 percent renewable energy, health and climate change, stories and solutions from frontline women leaders, community rights, and Rights of Nature. Allies engaged in the new US initiative are collaborating to build a network of women to vote out climate deniers in the 2016 US presidential election, and are also mobilizing for the Global Women’s Climate Justice Day of Action on September 29th, 2015.

The Day of Action is an opportunity for women and allies around the world to tell stories about the climate impacts they are facing and demonstrate why uplifting women’s struggles, insights, and solutions is so vital.

In the weeks leading up to September 29th, and on the day itself, people are invited to hold local actions. These can range from simply creating a sign and submitting a photo displaying a message about climate action and organizing marches and protests at oil extraction sites, to hosting climate education events and workshops and creating art projects and displays to highlight local climate solutions. Diverse voices and actions are welcomed.

September 29th has been chosen for the Day of Action because it coincides with the UN General Assembly session in New York City. We want world governments to hear our voices and see the power and diversity of the women’s movement for climate justice. While allies hold decentralized actions around the world, WECAN International will present a ‘Women Speak’ hub event across the street from the UN, adding an extra sense of urgency and power to Day of Action.

This day is also being used as a rallying point for collecting signatures on the Women’s Climate Declaration, a powerful manifesto presented in five languages and signed by leaders such as Mary Robinson, Jody Williams, Vandana Shiva, Casey Camp Horenik, and Rachel’s Network Advisors Jane Goodall and Sylvia Earle. Critically, the Declaration will be delivered to world governments at the COP21 climate negotiations in December.

There is no climate justice without gender justice. We hope you will join us in signing the Women’s Climate Declaration, adding a photo/video/statement to the Day of Action portal, and joining a growing network of worldwide women for climate justice. 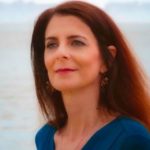 Osprey Orielle Lake is the Founder and Executive Director of the Women’s Earth and Climate Action Network (WECAN) International and serves as Co-Chair of International Advocacy for the Global Alliance for the Rights of Nature.