When Women Lead, the Environment Wins

Cross-posted on the Ms. Blog and the Sierra Club

This past fall, I was elected to one of Washington, DC’s Advisory Neighborhood Commissions (ANCs). Just as it is for many women, running for office wasn’t an easy decision to make.

I was approached by two active commissioners before the election and encouraged to run for the vacant seat in my district. Even still, I was unsure. For me to declare my candidacy, it took me asking a third person if they thought I should run. After their resounding endorsement, I threw my hat in the ring.

I’ve long been active in my community, but with the urging of these three people, I knew serving as ANC commissioner was an empowering and meaningful channel to enact change.

My story isn’t very different than those of other women who run for office across the country. When women are considering political office, it takes multiple asks before they’ll consider running.

This shows in the number of women who are ANCs in my neighborhood. While Washington, DC has the highest percentage of women in the country, only two of the eight (25 percent) commissioners in my community are women. 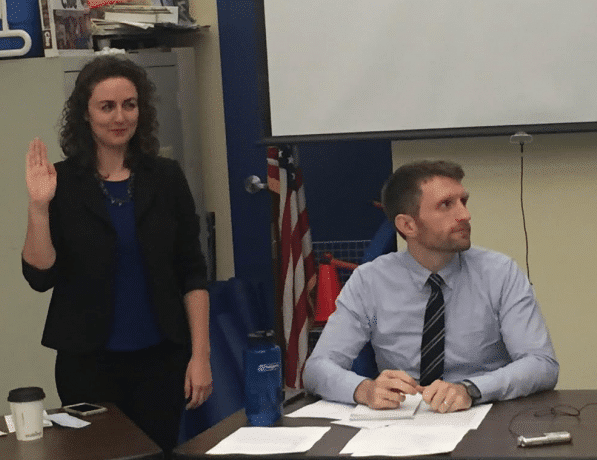 A. Tianna Scozzaro is sworn in as an ANC

Across the country, in spite of being more than half the population, women consistently hover around 20 percent of elected office at all levels. Only one in five members of Congress, 20 percent of mayors, and 25 percent of state legislators are women. This gap in representation has persisted for decades.

Why does it matter to have more women in office?

From neighborhood commissions, to utility boards, to the White House, our elected officials make decisions related to health, families, energy, lands, and everything in between.

More than 52 percent of men recently surveyed said they don’t see any impact in their lives if women have affordable access to birth control—but they agreed that if more women were in public office, the debate around these issues would end. We need people with diverse experiences crafting solutions that impact the communities they serve. We need our elected bodies to look more like our communities.

But the impact of women in public office doesn’t end with “women’s issues.” Regardless of party affiliation, a recent report by Rachel’s Network found that women have voted more consistently in favor of environmental protections and policies than men have over the past 25 years in both the House and Senate.

Support for clean air, clean water, renewable energy, climate action, and public health should not be up for debate. But as we near the 100 day mark of a new administration, we’ve seen attacks to the Clean Power Plan, rollbacks to environmental justice regulations, and toxics control. It has never been more urgent to get a pipeline of leaders into decision-making positions to transform our local and national policies.

That is why the day after the People’s Climate March, the Sierra Club, the League of Conservation Voters, EMILY’S List, Rachel’s Network and others  are convening pro-environment women to gear up for their own political campaigns.

Running for office has been one of the best decisions I’ve made so far. Don’t wait for three people to tell you to run. Our training on April 30th will help more women like me make a difference in their communities. 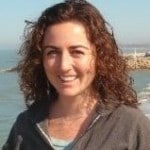 A. Tianna Scozzaro is the Director of the Sierra Club’s Gender, Equity & Environment Program, where she works to ensure climate and environment policies support women and LGBTQ communities. Previously, she worked on the UN Sustainable Development Goals, national health and environment policy in East Africa, and conducted research about women’s environmental stewardship in Congress. A.Tianna also served as a public policy fellow for the U.S. House Select Committee on Energy Independence and Global Warming.