What does it take to be resilient in challenging times? That’s the question we posed on our trip to South Florida for our Annual Meeting in March. The region has a fraught past when it comes to environmental protection, but advocates and conservationists are making progress, and Rachel’s Network was there to learn about and celebrate their efforts.

The meeting opened with a talk from Rachel’s Network & Ashoka Fellow Angelou Ezeilo, founder of Atlanta’s Greening Youth Foundation (GYF). After a career in law, Angelou started GYF to help diverse young people find careers in conservation. The organization has placed more than 750 in internships across the country and is in the midst of growing its international presence and partnerships. 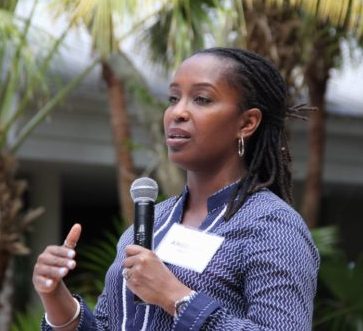 With Trump proposing funding cuts to many federal environmental programs, our National Park system, and organizations like GYF that partner with them, have much to lose. National Parks Conservation Association (NPCA) President and Rachel’s Network Liaison Theresa Pierno outlined these threats, and what NPCA is doing to fight back, from its 30 active lawsuits, to bringing younger, more diverse Americans into the parks.

Theresa sees hope in the way the election has spurred supporters to become more politically active. “We’re seeing more and more people who are conservation-minded who want to run for office,” she said.

At dinner, we were joined by Shannon Estenoz, director of the Office of Everglades Restoration Initiatives at the US Department of the Interior and Robert Johnson, director of the South Florida Natural Resources Center, who gave us a rundown on the history of human impacts on the Everglades.

South Florida’s extensive series of canals has created “one of the most effective flood management systems in the world,” said Shannon. But that benefit has come at a great cost: droughts, floods, longer fire seasons, toxic algae blooms, 77 threatened and endangered species, dead fisheries, invasive species, and more.

“The great irony [of this region] is that our fisheries, tourism, and real estate rely on a living Everglades and the flood management system. We need to modify our infrastructure,” Shannon explained.

That modification, known as the Comprehensive Everglades Restoration Plan (CERP), is a $10.5 billion project to partially restore the Everglades to its historical North-South water flow. Shannon and Robert pointed to early successes like the Kissimmee River Restoration Project as an example of how an ecosystem can be brought back to health. 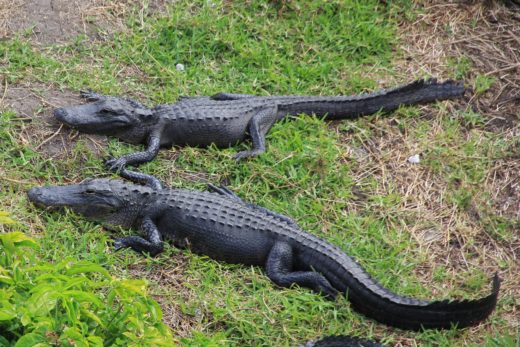 Armed with this knowledge, and the accompaniment of several wildlife experts from the Florida Audubon and the NPCA, Rachel’s Network ventured into the park itself the following day and saw firsthand what makes this place so special.

During our stops at Shark Valley and the Anhinga Trail, we were joined by Everglades National Park Superintendent Pedro Ramos, Education Specialist Yvette Cano, and other NPS employees who pointed out wildlife including the long-necked Anhinga, the Double-crested Cormorant with its striking green eyes, Florida Softshell Turtle, graceful Egrets, the brilliant Purple Gallinule, and, of course, the ubiquitous American Alligator.

“The Everglades’ majesty is more biologic than geologic,” said NPCA’s Sun Coast Outreach Manager Jackie Crucet. “You have to get in it to experience it.”

Reminiscent of a rainforest, with its cool microclimate and epiphytes dangling from tree branches, the swamp was a magical place. Small cedar trees, some of them hundreds of years old, dotted the landscape. The swamp tromp left members thoroughly muddy, but filled with wonder. 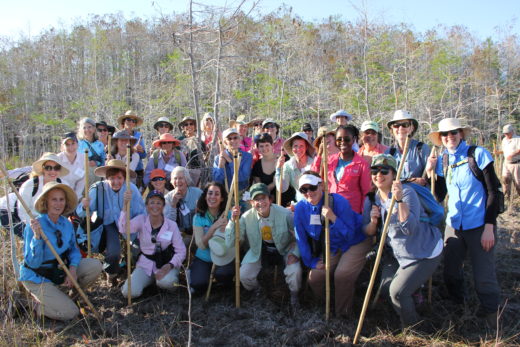 Jennifer Jurado gave a presentation on adaptation measures happening today. From elevated roads, to pumps and new building codes, the region is doing more than most to prepare. This is thanks in part to the support of foundations such as Kresge, Rockefeller, and organizations like the 100 Resilient Cities program.

But adaptation is more than just infrastructure projects. Gretchen shared that 60 percent of people in Miami are poor, and many are being displaced to the most flood prone areas. Gretchen’s organization, Catalyst Miami, is making sure the region’s most vulnerable residents are heard and protected.

Catalyst’s founder, Daniella Levine Cava, joined us for lunch. Now a Miami-Dade county commissioner, she reiterated the need to address climate change at all levels of government and the importance of having women serve in office. 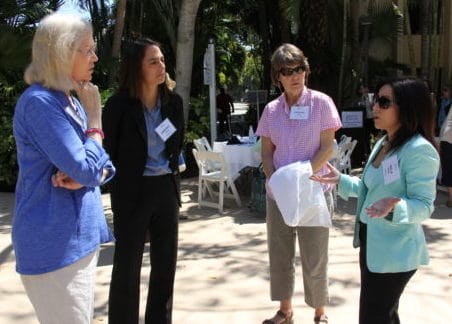 During our final evening, Paula Ehrlich, President & CEO of the E.O. Wilson Biodiversity Foundation closed out our program by talking about her organization’s efforts to protect vulnerable habitat around the world.

In many ways, Florida is confronting issues common to much of the US: how to preserve the natural places we depend on in the face of development pressures and corporate influence on politics, how to build climate resilience on the local level despite inaction at the state and federal levels, how to address water rights, biodiversity loss, and economic prosperity.

Both a cautionary tale, and a story of hope, South Florida inspired Rachel’s Network to continue supporting environmental advocates at the local level and those fighting for change in all levels of government.

After visiting the Everglades in 2017 for our Annual Meeting, Rachel’s Network provided grants to partners working on the ground in South Florida to preserve habitat and help vulnerable communities build resilience in the face of climate change. Our grant to the South Florida National Parks Trust supported projects in all four of South Florida’s National Parks in 2017, including environmental education programs that turn the parks into outdoor classrooms for thousands of school kids each year. Our second grant supported Catalyst Miami’s work to build climate resilience in Miami-Dade County’s low-income communities.