Aided by cutting-edge research in endocrinology, genetics, GIS, and more; today’s conservationists pack an arsenal of sophisticated tools to help save the world’s most threatened species.

Much of this significant research is happening in a rather unlikely place: the rural Virginia countryside.

The Smithsonian Conservation Biology Institute (SCBI) in Front Royal, VA, an affiliate of the National Zoo, is a global leader in species conservation. Their scientists are leading efforts to understand the biology of endangered animals and reintroduce them to the wild.

“At SCBI I found people doing what I had only dreamed of doing: saving endangered species through the study of behavior, genetics, and reproductive physiology; and doing whatever it takes to help these animals survive and thrive in the face of a human population that is driving them to the brink of extinction,” said Suzanne. “I am thrilled to support this work.”

In March, Rachel’s Network toured SCBI’s campus to see this important work firsthand, including its breeding and research facilities for clouded leopards, cheetahs, red pandas, and the Przewalski’s horse, among others. 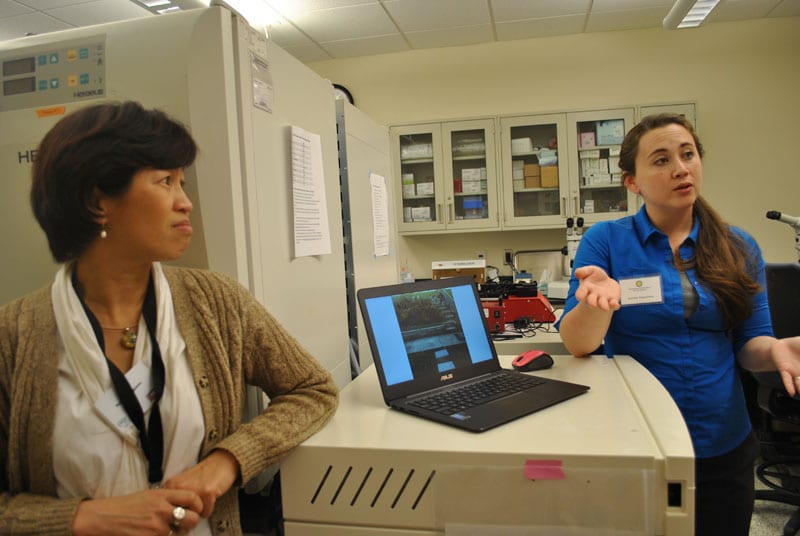 Dr. Janine Brown opened the program with an overview of her work to increase reproduction in captive elephants and clouded leopards. As head of the Endocrine Research Laboratory, Janine’s research and methods are used around the world the preserve these beautiful and magnificent animals. Collaborating with partners in Thailand, SCBI has grown the number of clouded leopards, some of which members saw up close on their tour.

We also heard from other SCBI scientists throughout the day – scientists like Dr. Brian Gratwicke who is helping save amphibians from extinction in Panama; Dr. Mary Hagedorn who is conserving corals by freezing their genetic material; and Dr. Adrienne Crosier who is reintroducing genetic diversity into wild cheetah populations.

Conserving species is impossible without protecting habitat, and SCBI is also pioneering efforts in this area.

A unique collaboration between SCBI and area farmers – called Virginia Working Landscapes (VWL) – is bringing rural landowners and conservationists together to survey biodiversity on their land. As one of the most successful citizen science programs in the country, the program is showing how human needs and conservation can thrive together. 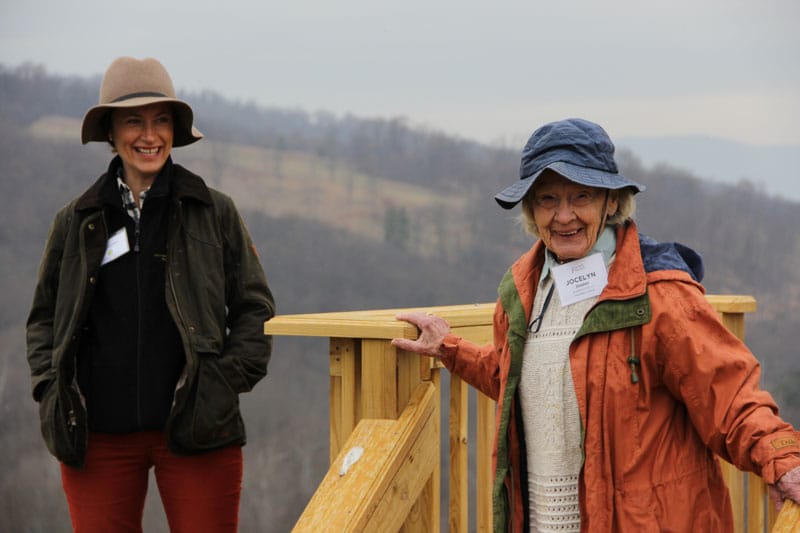 Jocelyn Sladen and VWL program coordinator Amy Johnson took members to a vista overlooking the rolling hills of Front Royal and explained how native grasses can increase the number of bird species. Most importantly, the surrounding landowners have gotten excited about biodiversity too and are working with VWL to advance conservation efforts in the region. A project of this scale can only happen with local support.

Nearby, Dr. Krista Anderson-Teixeira is using sophisticated technology and surveys to understand how climate change is impacting forests. SCBI’s forest plot is one of a global network of similar sites that together give us a better picture of how trees are responding to warming temperatures and unpredictable weather patterns.

Krista is routinely sought out by the media for insight on everything from how large trees are responding to drought to how local land use practices can worsen or mitigate climate change.

“It is incredibly rewarding to work with a team of forest scientists from 78 research institutions around the world.” Anderson-Teixeira said. “[This is] the kind of collaborative effort it takes to understand how forests worldwide are changing.”

Rachel’s Network members left SCBI cognizant of the importance of community outreach and collaboration in protecting the earth’s biodiversity; and inspired by innovative scientists who dedicate their lives to this effort.